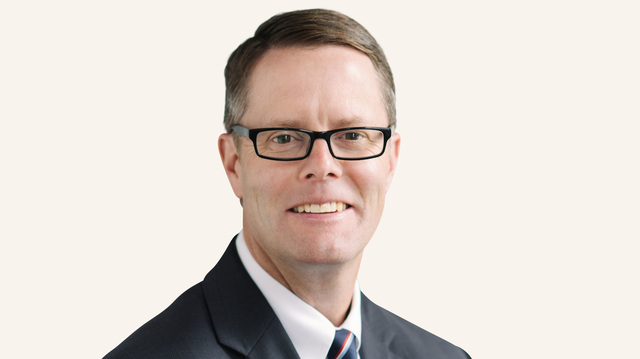 Gorham Savings Bank has named current president, Steve deCastro, its new chief executive officer (CEO). He takes over for Chris Emmons, who is retiring after 15 years of service with Gorham Savings.

The transition was initiated in early 2018 as part of the bank’s succession plan. deCastro joined GSB in July 2016 as executive vice president of commercial banking, and in April, he was promoted to president. In that role, deCastro oversaw retail banking, commercial banking, business banking, cash management, and marketing, working alongside Emmons, who retained the CEO position through the end of 2018.

Steve deCastro became CEO effective January 1st. As president and CEO, deCastro will serve as the primary point of contact for the bank’s board of directors and corporators and lead his executive team in the development and administration of the bank’s strategic direction, operations, and resources.

deCastro takes the helm at a time of strength and growth for the bank, which eclipsed $1 Billion in assets in 2017. The bank has 13 branches, including a new anchor location at One India Street on Portland’s peninsula, and a commercial portfolio of more than $670 million. The bank’s mission to be a force for good extends to its community outreach as well. To mark its 150th anniversary in 2018, the bank created their own Wish Tree Program, which as of year-end, will have granted a grand total of $150,000 in wishes made by and for individuals in the communities the bank serves.

“I am truly honored to be president and CEO of such a community-focused institution, with such hardworking and dedicated people,” deCastro said. “I want to thank Chris Emmons and the board for their vote of confidence in me, and I look forward to working with our team to identify opportunities that fit the bank’s company culture and mission.”

Active in the greater Portland community, deCastro is a board member for Junior Achievement of Maine, Educate Maine and the USM Foundation. He also serves on the scholarship committee for Dead River, the United Way campaign cabinet and the Barbara Bush golf committee.

“The bank’s CEO transition process has been seamless — a huge testament to Steve and Chris’s character and leadership,” said Kathy Coster, Gorham Savings Bank’s board chair. “Steve’s experience, community focus, and deep knowledge of the banking industry give us great confidence in Gorham Savings Bank’s future.”