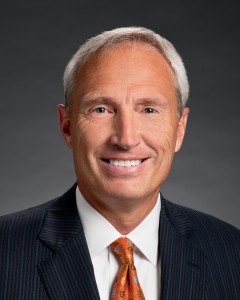 Gorham Savings Bank, a leading Southern Maine financial services institution, announced today that after 15 years of service Christopher Emmons, president and CEO, will retire at the end of this year. Stephen deCastro has been promoted to president, and Katherine Coster will be the Bank’s new board chair.

Under Emmons’s tenure, which began in 2003, Gorham Savings Bank more than doubled in asset size, eclipsing $1 billion in 2017, while growing from six to 13 branch locations, and perhaps most notably, adding the Bank’s newly renovated India Street location on Portland’s waterfront – anchoring the its position on the peninsula, and in the business community.

Emmons led during a period of significant change, including the Bank’s successful navigation through the great recession of 2008, and through rapid advancements in personal banking technology. Emmons, who started in banking as a commercial lender, directed the Bank’s pivot to a business-lending focus. In that time, Gorham Savings Bank’s commercial portfolio has grown to more than $600 million from a fraction of that number. He also championed the creation of Gorham Savings Bank’s unique business competition, LaunchPad – which has awarded more than $200,000 in grant money to Maine’s small businesses. 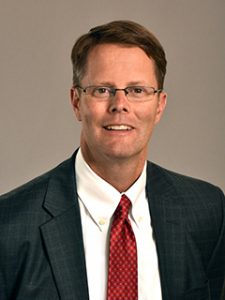 Steve deCastro will be become president effective Monday, April 2, reporting to Emmons until the end of the year. deCastro’s promotion is part of a year-long succession planning process.

“Steve is a tremendous asset to our bank,” said Emmons. “He embodies the same values and shares the same approach we believe has made our bank so successful: strong engagement with customers and meaningful connections in the community.”

“It has been without question, the greatest honor of my career to work for such a great organization and with such a talented group of professionals. It is with pride in their accomplishments as well as unwavering confidence in Steve, that I look forward to a smooth transition of leadership and continued growth and success for the Bank,” he said.

“I don’t think I’m overstating it by saying I am humbled and honored to accept this new role at Gorham Savings Bank,” deCastro said. “When I joined two years ago I knew this was a special place, with dedicated people and a long track record of doing right by its customers – Chris has done a great job. I look forward to the challenges and opportunities ahead, and doing what I can to help the Bank build upon its great legacy.

Before joining Gorham Savings Bank,deCastro was most recently senior vice president at Key Private Bank in Portland, where he led the 26-person New England wealth management team, with $1.3 billion under management.

Active in the greater Portland community, deCastro is a board member for both Junior Achievement of Maine and the USM Foundation. He also serves on the scholarship committee for Dead River, the United Way campaign cabinet and the Barbara Bush golf committee.

Current board member and Vice Chair Kathy Coster will become the Bank’s new board chair in April, replacing Dan Willett. Dan has served as director for more than 15 years, steering the organization to its position as a vibrant corporate member of the community. Kathy has served on the board for six years, notably leading the Bank’s strategic planning efforts two years ago. She serves in leadership roles on numerous boards including vice chair of Maine Medical Center’s Board of Trustees, and former board chair for the Boys and Girls Club of Southern Maine.

“It is truly an honor to take on this new role after six years on the board. I’m looking forward to building on Gorham Savings Bank’s 150 years of community and customer focus, alongside my fellow directors and our exceptional employees,” Coster said. “I also want to thank Dan for his commitment and vision over the last 15 years, where he has helped create such a strong foundation for even greater future success.

Jere Michelson, president of Libra Foundation, will become vice chair of the board. He too holds important community leadership roles, including current chair of Maine Medical Center’s Board of Trustees.

“We are very fortunate to have such strong board leadership,” said Emmons. “Gorham Savings Bank’s future has never looked brighter.”