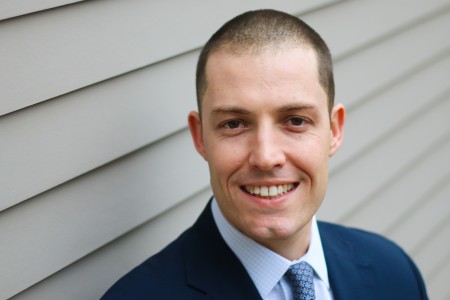 Steirman most recently worked as a commercial bank examiner and team leader for the Federal Reserve Bank of Boston. Prior to that, Steirman worked as a Senior Bank Examiner for the Massachusetts Division of Banks.

“We are extremely fortunate to have someone with the breadth and depth of knowledge Josh brings to our Credit team,” said Chris Emmons, President and CEO of Gorham Savings Bank. “With Josh aboard we’ll be able to continue to meet customer demand for loans in a timely manner.”

Active in the community, Steirman has served as a member of the Credit Committee for the 600 Atlantic Federal Credit Union in Boston and was appointed by the Mayor and City Council as trustee-elect to the Newton Free Library, the second-largest public library in Massachusetts. He also holds the rank of as Lieutenant in the United States Navy Reserve.

Josh, his wife Lea, and their two children are relocating to Greater Portland.